Centennial Condominiums are 92 deed-restricted, affordable, employee housing units located in Aspen, Colorado. There are 148 rental units on the same site separately owned and managed by the original developer. The project was built in less than 6 months in 1984 by a first-time, private developer in cooperation with Pitkin County and without any public subsidy. The project, while well-intentioned, was so poorly executed and supported that its current situation was inevitable. Overwhelming evidence points to pervasive design flaws and construction defects causing severe water-damage so much so that leaks are unrelenting, the structure is extensively rotted and unsound, and mold grows throughout the buildings.

Over the years, much action was taken to address the critical water-intrusion problems that now threaten the integrity of the buildings. In addition to regular maintenance, repairs have cost owners about $1 million so far. These measures, approved by construction specialists, have proved inadequate in the long run. A study, produced less than 10 years in by the same official who had signed the C.O., recommended all new roofs, windows, and doors at a minimum for the 7 buildings. A recent study, based on the extensive repair work required for the rental section, identifies more than $3.2 million in priority repairs while crises are ever-emerging.

The Aspen Pitkin County Housing Authority (APCHA) strictly regulates the property. APCHA acts as buyer and seller of every unit collecting a 2% commission and other fees from each sale. Regardless of these long-standing issues and the major repairs and alterations that have taken place for more than 25 years, no disclosure of the buildings' troubled condition, required by Colorado law, has been provided to any buyer in dozens of sales, until recently. Until this July 2014, no housing lottery winner has been able to make a properly informed decision about their purchase of a Centennial condo because the Colorado Seller's Property Disclosure forms provided by APCHA indicated no known water/moisture, structural, or roof problems.

Attempts have been made to collaborate with the local government entities who administer Aspen’s housing program under the assumption that they have a stake in sustaining Centennial as their largest affordable, deed-restricted property and a community asset. In response, City staff members have advised elected officials to not provide any assistance. Their stated reasons, supported by the original developer and fed to local press, are that Centennial owners "deferred maintenance" to cause the structural issues, ignored problems once they were identified, underfunded capital reserves and repairs, have greatly exaggerated the severity of problems and cost of repairs, and are more than capable of taking on a $3-$4 million special assessment with no increase in equity or resale value. None of this is actually true as the information and documentation in this website reveals.

Since 2009, City staff have insisted that repairs would only amount to $7000 per unit. Now that a professional estimate, which they had commissioned, puts the amount at $35,000 per unit (avg.), they insist this is still “affordable” (coupled with the highest monthly association dues in the program) and expected of affordable housing owners to correct inherently flawed buildings so that APCHA may continue to sell these condos in good conscience. The rules of the deed restriction dictate that, in order to maintain “afford-ability,” no increase in equity or resale value will be granted to owners funding a massive capital improvement project. The condos are worth the same whether they are dilapidated or rebuilt.

On March 4, 2014, a joint session of Aspen City Council and Pitkin County Commissioners was convened to consider the Centennial situation. Prior to the meeting, City staff informed Centennial Homeowners Association (HOA) representatives that they strongly advocate that no existing affordable housing ever receive any financial assistance for any reason. When presented with accurate information, elected officials began to consider other options for Centennial. They asked City staff to work with the HOA on a collaborative, viable solution that could be applied to all affordable housing.

Subsequently, City staff submitted their same proposal in which only the current 92 Centennial owners take on the entire financial burden (amounting to $25,000 to $45,000 per owner not including finance charges) with no increase in equity or resale value. Centennial HOA submitted a proposal in which all parties with an interest in the future of Centennial share in the financial burden and included a framework for a policy that would sustain all affordable housing while protecting the abuse of housing funds and incentivizing owners to invest in their property. City staff rejected this proposal outright and in its entirety leaving the Centennial owners no options. It should be noted that while Centennial was un-subsidized other APCHA projects enjoy nearly $400,000 per unit in public subsidies.

This website attempts to present a thorough recounting of facts about Centennial so that, for the first time, the people of Aspen and Pitkin County along with their elected officials can make informed decisions about the fate of Centennial. We believe transparency is warranted so that Centennial and our entire housing program can be strengthened for the future. 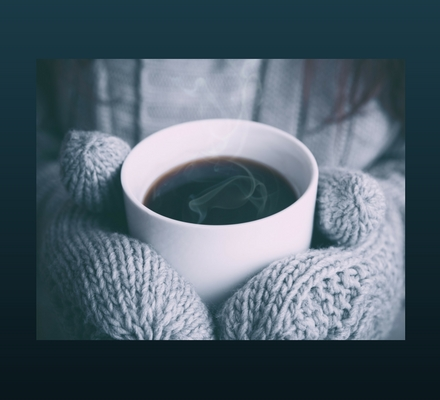 This is your first home widget box. To edit please go to Appearance > Widgets and choose 6th widget from the top in area 6 called Home Widget 1. Title is also manageable from widgets as well.

This is your second home widget box. To edit please go to Appearance > Widgets and choose 7th widget from the top in area 7 called Home Widget 2. Title is also manageable from widgets as well.

This is your third home widget box. To edit please go to Appearance > Widgets and choose 8th widget from the top in area 8 called Home Widget 3. Title is also manageable from widgets as well.
Top